Dag : 1) The bits that collect under a sheep’s tail

3) An uncoordinated or unfashionable person – a nerd or goof

Daks : Mens’ trousers (sneaking up behind someone and pulling their trousers down is known as – to dak ‘em.

Damper : Bush bread made from flour and water – it is usually cooked in the campfire wrapped around a stick

or put in an iron pot and buried in the hot coals. When cooked by the swagmen the fire’s ashes were flattened, the damper was placed in the ashes for ten minutes to cook. 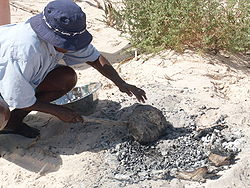 Then the damper was covered with ashes and cooked for until it sounded hollow when tapped (usually 20-30 minutes).The basic ingredients of damper are flour, water, salt and sometimes milk. Baking soda would be sometimes used for leavening. The term damper bread is actually incorrect and there is no yeast it is technically not a bread

Dead dingo’s donger, as dry as a : Dry

Deadset : A fact, true, the truth

Dero : A tramp, a hobo, a homeless person (from “derelict”)

Dickhead : Idiot, stupid, fool (like most insults, can aso be used as a term of endearment)

Digger : An a soldier, usually refers to older veterans these days.

Dill : An idiot or a fool

Dingo’s breakfast : A yawn, a leak (having a pee), and a good look round (i.e. no breakfast)

Dirty : When someone is angry or annoyed (He’s dirty on someone)

Dirty (do the dirty on someone) : To do the wrong thing to somebody

Divvy van : A Police vehicle which is used for transporting criminals. Named after the protective ‘division’ between the driver and the bad guys

Do : A social event

Dob (somebody) in : To inform on someone. A dobber is a tell-tale or tattle-tale

Docket : A bill or a receipt

Dog : Either an unattractive woman,

or it is also a very popular name for pet dogs 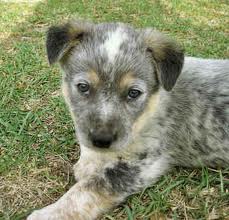 Dog’s balls, stands out like : When something is very obvious

Dole bludger : Somebody on social assistance/welfare when it’s unjustified

Doona : A duvet or quilt

Doovalacky : Used whenever you can’t remember what something is called. Like a thingummyjig, or a whatsit.

Down Under : Australia and New Zealand

Drink with the flies : To drink alone

Drop Bears : A fictitious Australian marsupial – local folklore used to scare, make fun of and confuse the heck out of outsiders while generally adding to the amusement of locals. 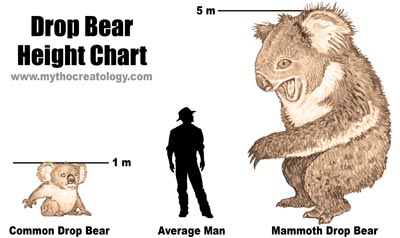 They are large carnivorous Koalas, vicious beasts that lurk in the treetops waiting to drop on to the heads of their victims. However, smearing vegemite behind your ears or keeping forks in your hair is said to ward them off. Drop Bears are similar to the hoop snake, wild haggis, snipe hunt, or jackalope

Drongo : An inept person, a dope, a stupid person

Drum : Information or a tip-off (“I’ll give you the drum on it”)

Dummy, spit the : To get very upset at something 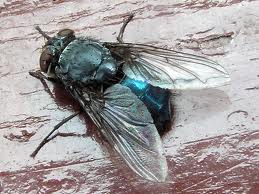 Dunny rat, cunning as a : Someone who is very cunning

The A of Aussie Slang

The B of Aussie Slang

The C of Aussie Slang

The E of Aussie Slang

The F of Aussie Slang

The G of Aussie Slang

The H of Aussie Slang

Follow Chronicles of Illusions on WordPress.com
Join 2,268 other subscribers