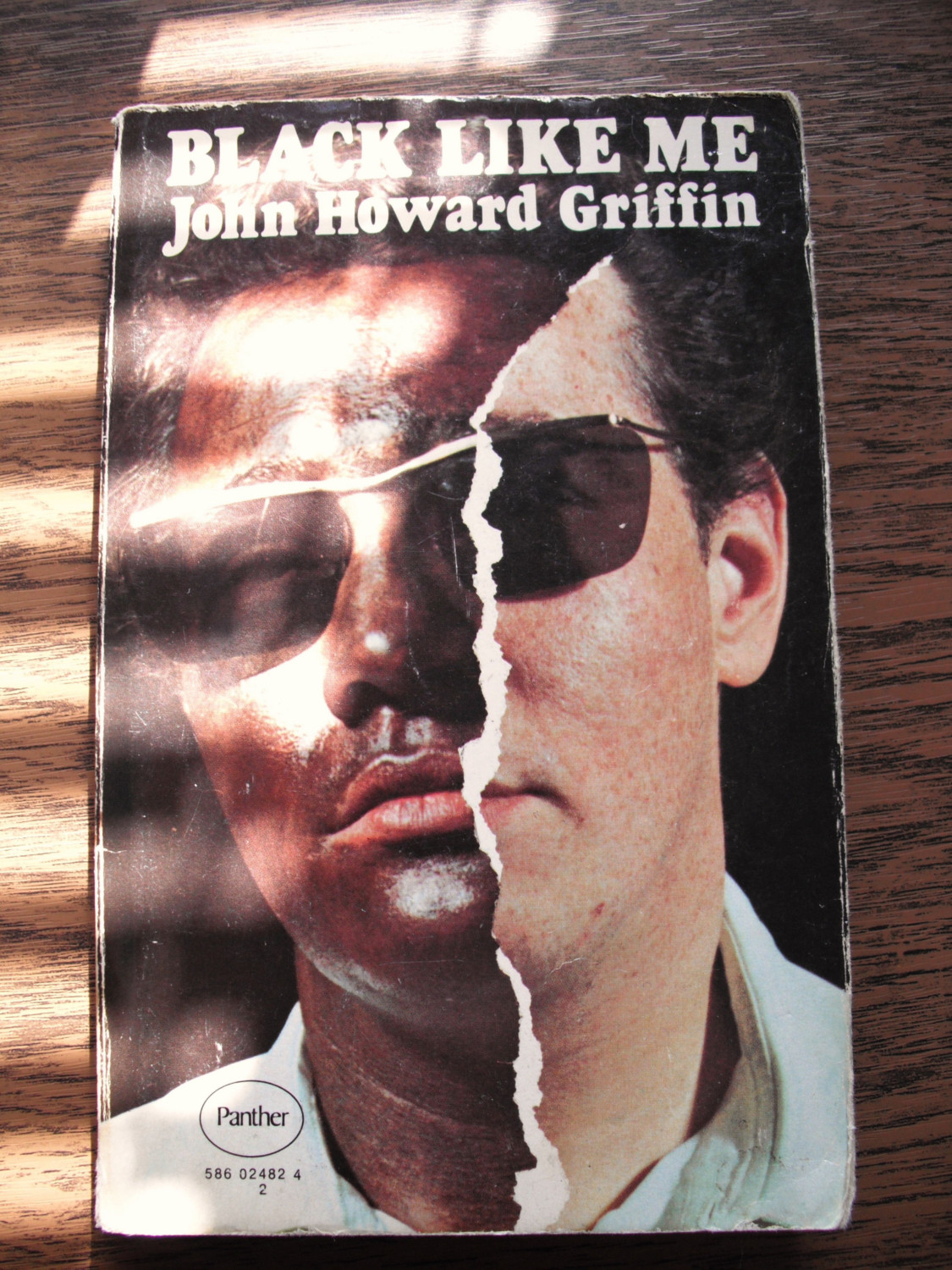 It was the summer I turned fourteen that I wandered into a dusty book shop in Maroubra.

The shop itself was almost hidden in a small dingy mall. The windows were grimy; a fag hung from the mouth of the shop assistant as she sat on a stool behind the counter.

Her eyes were dull, and her bored glance quickly left my face as she seemed to classify me as unworthy of any effort.

Against the wall was a table. It held the cheaper throwaways. The books no-one wants. Not even the shop. Those sorts of tables were one of my favourite places.

It lay under a stack of other books, all much thicker. As I uncovered it, I felt a sharp inhale of breath open up my chest. The cover was – startling.

A man’s face – half white, half black, slashed like a torn page – stared out at me.

This thin paperback changed me irrevocably.

I read it that night. It was late when I finished.

Dad was asleep and snoring.

It seemed the whole world was sleeping.

John Howard Griffen was a white, middle-aged writer who lived in Texas. He was an unusual white man for his time, because he was committed to racial equality.

Trying to understand the world the American Negro lives in he decides to become just that.

He takes medication, goes under a sun lamp, and gradually his skin tone changes to that of a Negro. He then heads for the South, busing and hitchhiking through Alabama and Mississippi.

With each page I was taken further into the world of racial prejudice. Where searching for a ‘coloured’ restroom can become an important and urgent predicament.

He experiences the ‘hate stare’ that comes for no reason from white Americans toward Negros. He is refused service simply because he is now coloured man.

Everywhere he travels the word ‘nigger’ is thrown at him.

For a time he allows his skin colour to lighten and visits places both as a Negro, and as a white man.

It is during this time that he notices how when he is white he is treated generously by other whites and with suspicion by Negros.

As a black man, he experiences contempt from the white population, and overwhelming generosity from the Negros.

As the story of his experiment spreads he becomes the target of racial hatred. An effigy of him is burned in his hometown, and he moves his family away.

Black Like Me was a horror story to this fourteen year old girl from Sydney, Australia. Yes – we too had racism. The Aboriginals did not have it much better during that time in Australia.

But I had grown into my teenage years protected and cosseted from this ugly side of human nature.

I thought that all peoples were afforded the same opportunities. This book taught me that life was black and white at times.

I had never thought that black/yellow/red skinned people were lesser than I was. I had also assumed that everyone thought that way.

It taught me to hope.

For every white clad, pointy hat wearing racist, there were also good people from all sides who wanted change.

I love to read.

But this thin paperback is the book that has had the most influence on my character.

It is also still in my bookcase.

It should be in yours.