When I received the synopsis of this book and a request for a review I was intrigued. Jeffrey Stone’s request was unusual enough in itself to tell me that anything he had written could be good.

Hi, Jo, how are you?  My name is Jeffrey. I liked your comment about needing instructions to survive in Queensland. I was raised in Youngstown, Ohio in the U.S. It’s about 800 miles from Chicago, a notorious gangland town commonly known as The Windy City. Youngstown was referred to as Little Chicago because of its own lawlessness. We used to say that Chicago may be the windy city but Youngstown blows.
I’m hoping to interest you in reviewing my crime novel, Play Him Again.

See what I mean. Jeffrey Stone sounds intriguing himself with a history like that. Then I read the synopsis he sent me.

It’s the Roaring Twenties but silence remains golden for Hollywood.  Sound is expensive. Only two studios have installed sound equipment.  Matt Hudson, the preferred bootlegger of the film industry, wants to produce a talking picture but neither sound studio will lease him their facilities. After Hud’s oldest friend, con man Danny Kincaid, dupes a gangster who controls a small movie studio into buying a bogus sound device, the gangster gets wise and Danny ends up dead. To settle the score, Hud runs another con to play the gangster again. A con that will either avenge Danny and land Hud a studio, or get him killed.

Now you understand why I thought I might enjoy reading this. Nothing thrills me more than to take a trip out of this century. And how I love this era and this backdrop. Hollywood, gangsters [somewhere other than Chicago], bootlegging. I went to Amazon, read the prologue and opening chapters. That was enough to send me off to Smashwords [where it is also available] to download it.

Stone’s characters are wonderfully complex. The plot of Play Him Again is believable and flows with a quick and smooth pace from one scene to the next. The author has constructed a great backdrop that makes it very easy to slip in to as you read.

I think I fell a little in love [lust] with Hud from the moment he slid in to bed with Sylvia. Many books fail miserably when it comes to love scenes. It is either too Mills and Boon, picture an orchestra playing while the heroine swoons in to the muscle bound hero’s bulging arms,or jumps straight in to pornography. Play Him Again does neither. It balances perfectly on the highwire of not being cringe worthy but still being raunchy enough to feel real.

Hud is such an interesting character. He grew up a hustler. He and Danny spent many years conning people out of their money. When we meet Hud, he has moved on. No longer comfortable with being a con man Hud is now a bootlegger, and one of the best in Los Angeles. Hud is also fascinated with the prospect of talking movies.

There are so many facets to Hud’s personality. He’s real in the way a protagonist should be. Intriguing, flawed, knowing who he is but vulnerable when it comes to showing that to the one person he needs to be honest with.

I loved the complicated relationship between Hud and Sylvia. Thankfully all the supporting characters have depth and add to this story. Minnetti is a terrific antagonist.

Play Him Again is a fascinating story. I admit I love Humphrey Bogart, and this book took me to similar places Bogey did in his films. It is well written, well plotted and actually just a great read. 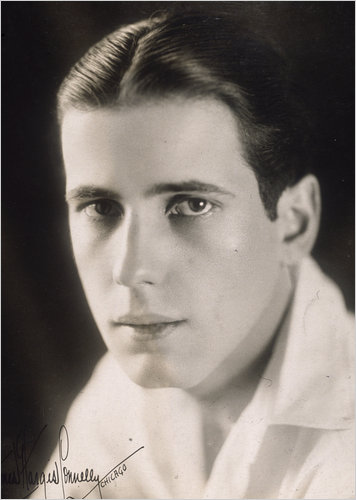 A young Humphrey Bogart would have made a perfect Hud. It is a fascinating look at the twenties, prohibition, gangsters and the film industry.

There were a couple of grammatical errors but I think I found more in Harry Potter. There are more books to come in this series and I look forward to following Hud through all of them.

13.9.2012 – I just heard that this review has been picked up and posted by the Seattle Post Intelligencer. Very cool !!!!