How can you not love art when it includes wonders such as these ??

Any idea what this is made from ??? 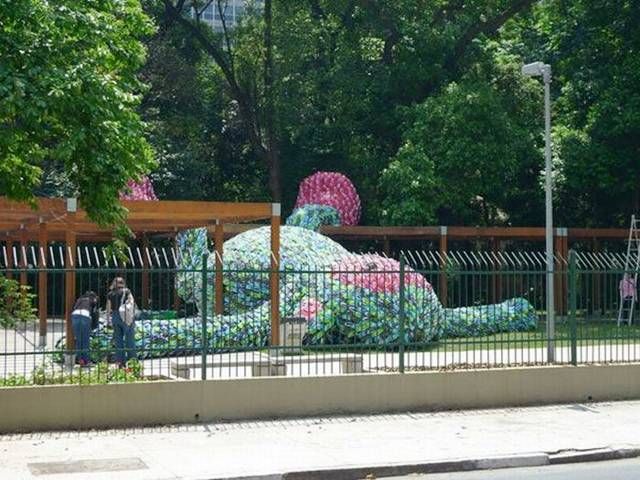 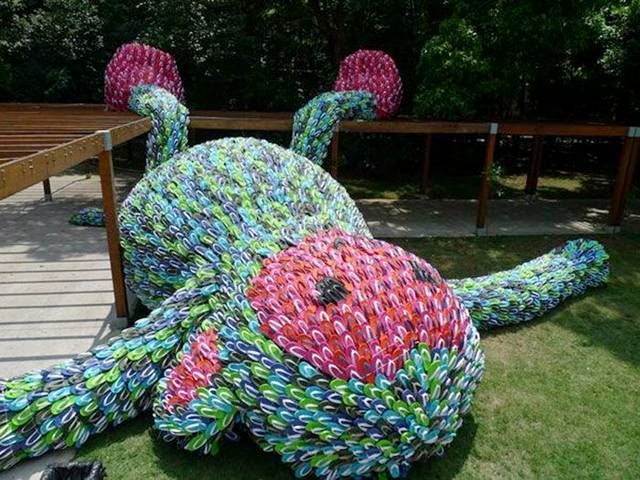 It was put together for Pixelshow’s 2010 conference. The conference shows off art that has a pixellated look. 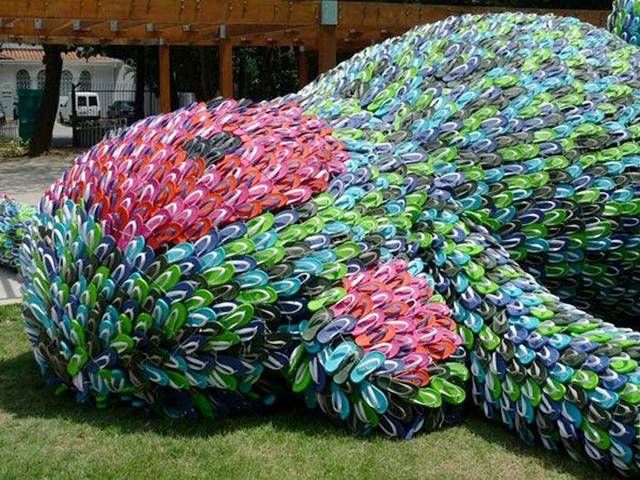 Fat Monkey’s body was constructed with flip flops because flip flops are a long-standing trademark of Brazil. In New Zealand we call them jandals, while in Australia they are known as thongs.

And now for some Australian ingenuity in the art world. 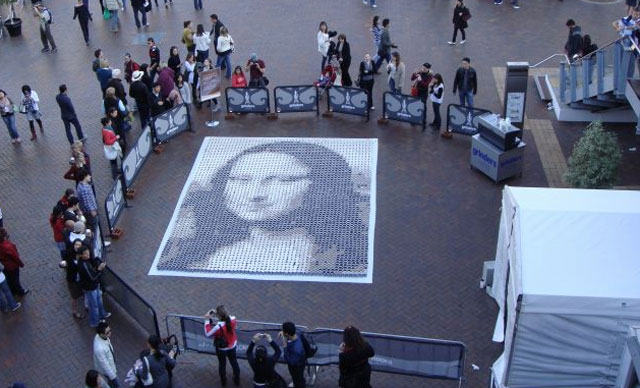 At the 2009 ‘The Rocks Aroma Festival’ in Sydney, Australia, part of a city street was turned in to one of the most famous faces in the world. 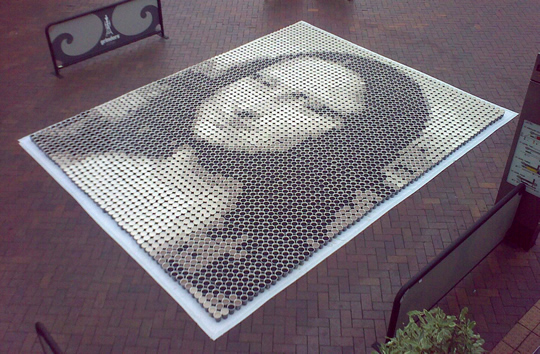 This rendition of the Mona Lisa measured six metres by four metres.

It was made from 3,604 cups of coffee with around 265 liters of milk. Lattes, long blacks, and flat whites were used to get the different tones. It took a team of eight just three hours to complete this work of art.

Thank goodness there are people out there who come up with these ideas !!!