In case you don’t know…I…being of the PIRATE persuasion do not follow rules, so there will be no passing of the baton…unless you wish to take it up voluntarily. But the questions were pretty cool – so I will answer them.

1. What is your earliest memory of yourself?

Answer: I was just a babe really, two or three I think. HONESTLY.

I lived with my Dad’s sister Auntie Rita in Bellambi on the South Coast of New South Wales (Australia has such cool names for towns).

I was having a nap in my tighty whities when I heard voices at the door.

I knew the voice…it was my Mum.

I ran out of the bedroom, pushed past my aunt and shoved the door open to fly in to her arms. I don’t remember much else.

Apparently we stayed there a while as Mum had to wait for the police to come to sort out whether she could take me with her or not, She could. I found out much later that the reason she could take me was because I had run to her and gone outside the door. Had I not done that, had I remained in the house then she could not have taken me. I do remember sitting in the front seat between my Mum and my brother as he drove us home to Sydney.

It was a very ugly divorce/custody fight between my parents.

2. Who was your first “internet friend”?

RoughWaterJohn the Pirate. A swashbuckling hero if ever there was one…with a taste for the ol’ PIRATE TEA.

3.  Answer one of the following:

Which Fictional Character is closest to your idea of an ideal partner/spouse?

That man loved with every sinew in his body…even if you didn’t have the good sense to love him back. But when you stepped over the line…he let you know it.

Drooling just thinking about it !!!!

5. What is the most unusual food/meal you’ve eaten?

And they laid it out with the suckers facing up…absolutely 100% the grossest thing I have ever put in my mouth !!!

Oh my word…I cry at the drop of a hat. Ask the kiddywinkles…embarrasses them sooooooo much !!!

The first I remember crying over was Old Yeller.

The most recent book I cried reading was another dog book. 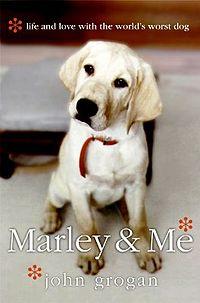 And I wanted to include this one too. Paddy the Wanderer. A true story about an Airedale Terrier who not only won over Wellington’s heart in the 30’s, but has claimed a good chunk of New Zealand love since then.

As for movies…well it has to be Ghost.

Cry every single time I watch it, and as it is Patrick Swayze…it has been watched a lot.

7. This is cliched, yet.. When was the last time you did something for the first time?

Just the other day when I went kayaking on the harbour.

10. “How old would you be if you didn’t know how old you were?” This is a quote, a wonderful quote, by Satchel Paige. So, if you had no clue about your year of birth, how old would you think you are? Or quite simply, how old do you feel?

What is the thing you love about yourself above all else ?

That I have finally learned to be be honest with myself and the world about who I am. I have learned to love me (all of me)…and you can take that anyway you want…hehehe