Some Kiwi music for you…

This toy was first seen in New Zealand in 1948. It’s popularity soared with the post-war baby boom. When pulled along its wings rotate and it makes a clicking sound. Prince William made it famous when he was photographed playing with one on his visit to NZ in 1983. A Buzzy Bee symbol has featured on sails and keels of NZ entrants to the America’s Cup. In 2007 Buzzy Bee’s Big Day Out (a stage show) opened in Auckland.

Oh yes – they exist. Made of pink or white marshmallow, coated in yummy chocolate, chocolate fish are an important part of any Kiwi kid’s life. They are the reward adults hold out as a bribe. A friend’s son, when getting married in Japan, had his parents cart a load of them over to make sure there was a Kiwi flavour to the event. 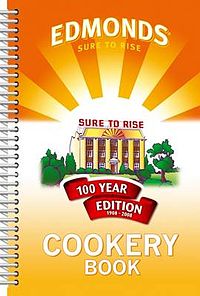 First published in 1907, to help market baking powder, this cookbook is New Zealand’s fastest selling book. You’re not a REAL Kiwi if you don’t have a copy. As Mum pushes the kiddy-winkles out the door she usually hands them an Edmunds. Say Edmunds here and everyone knows what you’re talking about. 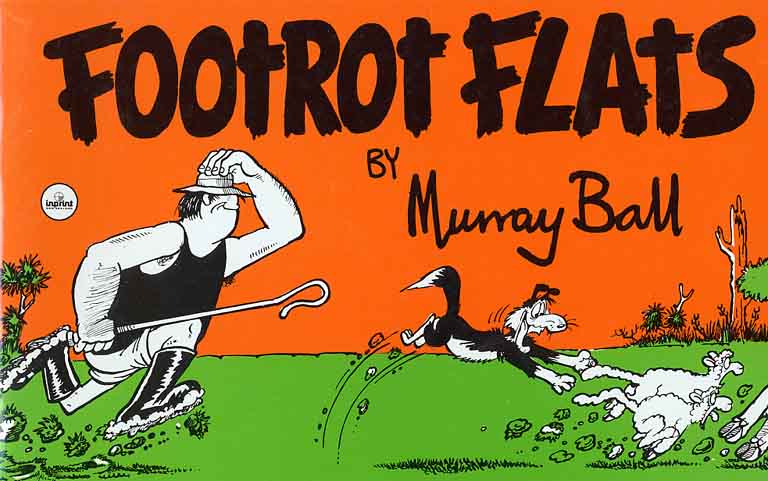 From 1975 until 1994 this cartoon strip was published in newspapers around the world. There are also 27 numbered books floating around. Footrot Flats was the brainchild of Murray Ball.

It is based on the adventures of ‘Dog’, a border collie sheepdog on Wal Footrot’s farm, Footrot Flats. The cartoon laughed at the foibles of its characters, and its success is thought to be because many New Zealand farmers could recognise themselves in many of the stories.

There was for a time a theme park – now defunct. There was also a stage show, and an animated feature film made called – Footrot Flats: the Dog’s Tail Tale

The main character of the book, thinks he’s intelligent and tough, but is really quite soft and often cowardly. Has a real name, bestowed by Aunt Dolly, which he hates and never allows anyone to use. Wal only calls him “Dog”.

Wallace Footrot was born on the 26th of January in Northern Manawatu. Educated at Apiti Primary School and then Foxton Agricultural High. Wal excelled at tractor reversing and rooster imitations. He also had an outstanding relationship with muscovy ducks, but not with geese. When Wal left school, he acquired 400 acres (160 ha) of swamp between the Ureweras and the sea. He is single.

Socrates “Cooch” Windgrass
Wal’s neighbour. He has a natural way with animals. Owns a pet magpie called Pew who attacks Wal (Wal having chopped down Pew’s nest tree, orphaning Pew and therefore making Pew a bit of a social misfit). Cooch does not drive a tractor, instead he plods along on his Clydesdales. Cooch is also Wal’s best friend.

Wal’s girlfriend. Cheeky works at a hair salon. Dog hates Cheeky and is always looking for a way to come between her and Wal. .

A local boy who often appears on the farm to give Wal a hand.

Wal’s niece, daughter of Rex Footrot. She insists she was nicknamed Pongo because she plays ping pong well and not because she ponged as a baby.

Wal’s aunt (by marriage). She owns a cat home (where Dog was born) in Tauranga. Aunt Dolly addresses people by their full and proper names, and disikes Wal being with Cheeky. She is a kindly woman who mothers abandoned lambs in the winter. She was once married but he ran off to Australia with “a dumb but decorative darts stall owner with masses of black hair.”

A very large invincible cat. Horse is based on a cat Murray Ball owned. Horse menaces Dog and the other characters, resisting any efforts to domesticate him. His girlfriend is Fred who hangs out with a Bikie gang and loves leather. When he and Dog cross paths Dog usually ends up the worse for it.

A somewhat spoilt Welsh Corgi who is owned by Aunt Dolly. Dog usually has to explain the baser aspects of farm life, such as livestock mating, to Prince Charles.

Kiwis are known for their ingenuity and their ability to be self-sufficient. Ask anyone – Kiwis can create amazing things – just give them a piece of Number 8 wire.

No 8 wire is a certain gauge of wire that was popular for use as fencing wire around New Zealand’s many farms. It has not been sold under that name for over three decades. No 8 wire was replaced with the equivalent 4.0 mm wire in the metric system.

Somewhat ironically, until 1963, No 8 wire was actually imported from overseas. Because it was widely available, No 8 wire was used for a variety of jobs, and it became a symbol of Kiwi ingenuity.

Like the pavlova, Split Enz, and a few other things, the Aussies like to call Phar Lap their own.

In death they have hung on to his mounted hide (which is displayed in the Melbourne Museum), and his heart (at the National Museum of Australia). We Kiwis have his skeleton on display at Te Papa.

Phar lap was born on October 4, 1926 in Seadown near Timaru on New Zealand’s South Island. As a colt he was sold for 160 guineas in 1928. Phar Lap won 37 races in his four year racing career.

He went to America where in 1932 he died. There has always been controversy surrounding Phar Lap’s death. Some claiming he was poisoned, while others say it was acute gastroenteritis.

Phar Lap’s heart was an incredible size. A normal horse’s heart weighs in at around 3.2 kilos. Phar Lap’s was a whopping 6.2 kilos.

James Henry Whittaker began working for a confectioner at the age of 14 in England. In 1890 he moved to New Zealand and began making chocolate at home in Christchurch. He moved in 1896 to Wellington . Around 1913 his sons joined him and J.H.Whittaker’s was formed. The company is still run by Whittaker family members today.

Their range of chocolate confectionary is unique – and my personal favourite. You haven’t eaten chocolate until you’ve eaten Whittaker’s. Cadbury sucks in comparison – that’s my opinion anyway !!!!!!!! 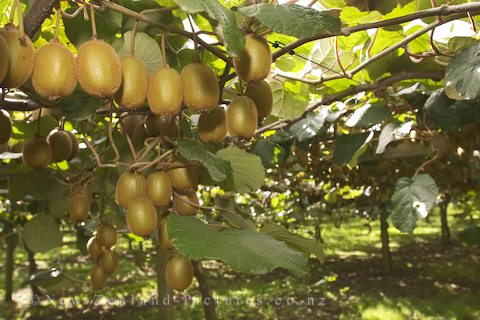 The kiwifruit is a berry, originally called the Chinese gooseberry. Mary Isobel Fraser, principal of Wanganui Girls’ College, was visiting mission schools in China and brought back seeds when she returned to NZ. These seeds were planted in 1906, and the first fruit appeared in NZ in 1910. In the 1940’s commercial growing really began, and it was renamed kiwifruit in the 1960’s for marketing purposes.

The vines are grown on support systems, with both male and female plants. Kiwifruit vines need vigorous pruning. It is difficult to pollenate kiwifruit as the bees are not attracted to the flowers. Commercial crops require the use of artificial means – many growers place large numbers of bees hives in their orchards during flowering, or pollen is collected from males and blown over the female vines.

The kiwifruit industry in New Zealand is now facing a large threat. PSA was brought in to the country via Italy and has now started spreading. It recently reached my home town of Katikati, which is a large producer of the fruit, and the livelihood of friends is now at risk. PSA is a bacteria that attacks the vines, and can kill them.

In the 1980’s new Zealand had around 70,000,000 sheep. These days we are down to approximately 50,000,000 – which means the people are seriously outnumbered. Sheep jokes abound about New Zealand – usually from Australia, which is ironic as Australia has a lot more than we do.

The most famous Australian joke is probably this one: “There are 50 million sheep in New Zealand and 4 million of them think they are people.”

New Zealand’s most famous sheep was named Shrek. When he died earlier this year the country went into mourning.

In 2007 a film Black Sheep was released with a simple ingenious concept: genetic experimentation creates a new breed of sheep on a remote New Zealand farm resulting in much blood-splattered mayhem. The film’s special effects were done by Weta Workshop – also responsible for The Lord of the Rings films, among others. 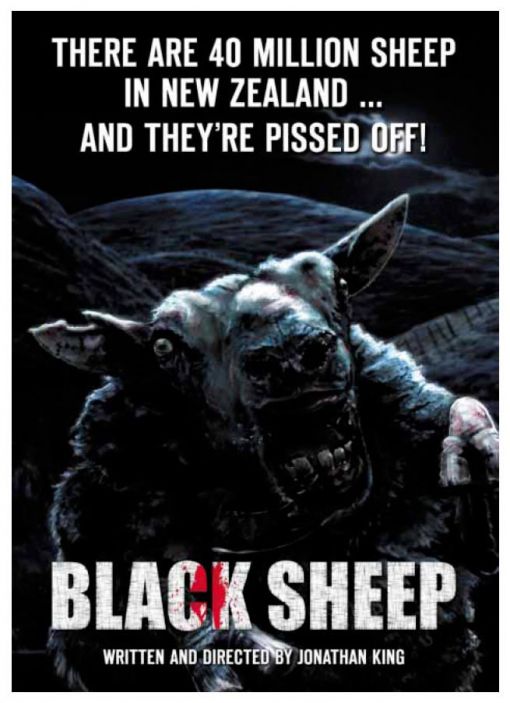 We kiwis are rugby mad. But we are even more ALL BLACKS mad. A few days ago (for you uneducated ones out there) our ALL BLACKS won the 2011 Rugby World Cup.

We won the inaugural World Cup back in 1987, and for 24 years we’ve been doing our damnedest to get the Webb Ellis Cup back where it belongs.

So – I didn’t think it was possible – but the country is even nuttier over those burly men glad in black and sporting the silver fern.

And Josh Kronfeld is the sexiest ALL BLACK that ever wore the silver fern.