I can’t believe that the day he was born, his parents imagined the life the boy they named Farrokh Bulsara would go on to lead.

Freddie Mercury has fascinated me from the time I first heard him sing in 1973. Queen’s first single was “Keep Yourself Alive” – to which I related to for some reason.

I saw him perform three times, and each time fell just that little bit more in love with the man, the voice, the attitude.

As today would have been Freddie’s 65th birthday it seemed right to reminisce about my first love affair.

I hope you’ll join me and tell me your memories.

Taking a leaf out of another blogger’s book – oh all right – I’ll just admit to pilfering her idea. I’m trying to be a pirate so that’s allowed. I hope you’ll not only share some of those memories with me but maybe put up a video in your comment of your first/favourite song/memory of the divo that was Freddie Mercury. Why? Because I’m nosey that’s why…

Here is what I know of the man – the legend – the songbird.

He was born on the island of Zanzibar. Freddie’s parents, Bomi and Jer, were both Parsi (see Madhu’s comment below). In 1952, they gave him a sister. 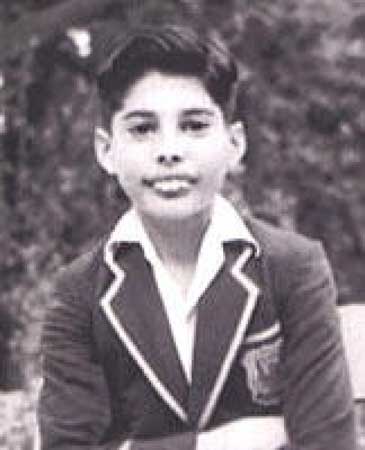 When Freddie was only eight he went to a boarding school near Bombay, called St Peter’s School. He began to learn how to play the piano, was a member of the school choir, and was regularly involved in theatrical productions – no surprise there.

By the time he was twelve he had formed his first band, the Hectics. With his four friends they played at parties, fetes and school dances.

After Freddie completed his education at St Mary’s School in Bombay he headed back to Zanzibar. Political unrest was to send the family away, and they immigrated to England, where they initially lived with relatives.

Art began to beckon to Freddie. After studying at Isleworth Polytechnic, Freddie went on to get his Diploma in Art and Graphic Design at Ealing Art College.

He held various jobs, selling artwork, (his own included) and clothes at Kensington Markets, another job was working at Heathrow Airport.

He played in the band Ibex which lasted almost less time than it took him to sing Bohemian Rhapsody.

His first performance with Ibex was on August 23rd, 1969. At Freddie’s instigation the band changed its name to Wreckage by October. The band broke up in 1969, but not before they had played a concert at The Sink (in Liverpool) where they played an encore with both Brian May and Roger Taylor.

An ad in Melody Maker led Freddie to his next band – Sour Milk Sea. His friendship with another band member (Chris Chesney), led to his offering Chris a place to stay at the house Freddie was sharing with members of the band Smile.

Chris Chesney is quoted as saying of Freddie:

“I remember Freddie being really energetic and moving around a lot at the audition, coming up and flashing the mike at me during guitar solos. He was impressive. There was an immediate vibe. He had a great vocal range. He sang falsetto; nobody else had the bottle to do that. He said ‘Do your own songs and I’ll make up my own words’ It was very clever and very good.”

Freddie’s personality is said to have led to clashes within the band, and Jeremy Gallop effectively ended their existence when he took back all his equipment.

In 1970 Freddie joined Brian May and Roger Taylor from Smile, talking them into naming the band Queen. Freddie was later quoted as saying of the name:

“Years ago I thought up the name Queen… It’s just a name, but it’s very regal, and it sounds splendid. It’s a strong name, very universal and immediate. It had a lot of visual potential and was open to all sorts of interpretations. I was certainly aware of the gay connotations, but that was just one facet of it.”

Freddie designed the Queen crest for the newly formed band, which combined the zodiac signs of the four members.

Two lions for John Deacon and Roger Taylor, a crab for Brian May and fairies for Virgo Freddie.

It was also in 1970 that Freddie met Mary Austin with whom he lived with for seven years. He asked her out on a date for his 24th birthday, which she refused. They went out the next day instead. He often described her as the love of his life.

Mary and Freddie remained friends until his death in 1991. When Freddie died he left her his mansion (Garden Lodge) in Kensington, as well as the bulk of his estate.

She kept the house as it was.

Freddie wrote “Love of My Life’ for Mary, and in an interview once said:

“All my lovers asked me why they couldn’t replace Mary, but it’s simply impossible. The only friend I’ve got is Mary and I don’t want anybody else. To me, she was my common-law wife. To me, it was a marriage. We believe in each other, that’s enough for me.”

Freddie’s other long term relationship was with Jim Hutton who lived with the singer up until his death.

With Queen, Freddie would record a total of 15 albums.

They also released the following albums:

Like I said earlier, I saw Queen three times. I wish I had seen them more.

One of my fondest memories is the Live Aid concert in 1985.

Queen took to the stage, and stole the show.

On a recent TV programme I watched, the band admitted that before they got up on stage the band’s equipment was turned up louder than any of the other acts.

When was Freddie diagnosed HIV positive?  If anyone knew they weren’t telling. I like that fact – that his friends protected him. I know that when I saw him perform in Leiden in Holland in 1986 he looked healthy.

Actually he looked fabulous – as only Freddie could. But he might have already been living with the fact that he could become sick.

There are some days where you can remember where you were, what you were doing, no matter how much time passes.

I remember the day it was announced publicly that Freddie had Aids. It was one of the worst kept secrets at that point – but I had lived in hope.

Even after seeing the clip for These Are The Days of Our Lives.

I wanted badly to believe he’d be around for more.

I also remember the following day – watching the TV in disbelief as the announcer told of his death.

I cried for his loss.

Throughout my life – Freddie has given voice to many of the emotions I did not know how to express. His songs are the most beautiful poetry, even with out the music.

Words and music by Freddie Mercury

There’s no living in my life anymore

The seas have gone dry

And the rain’s stopped falling

Please don’t you cry any more

Listen to the breeze

Whisper to me please

Don’t send me to the path of nevermore

Even the valley’s below

Where the rays of the sun

Were so warm and tender

Now haven’t anything to grow

Why did you have to leave me? (nevermore)

Why did you deceive me? (nevermore)

You sent me to the path of nevermore

When you say you didn’t love me anymore

I’ve found some quotes of Freddie’s that for me tell you exactly who he was.

“My soul has painted like the wings of butterflies,
Fairy tales of yesterday will grow but never die,
I can fly, my friends…” 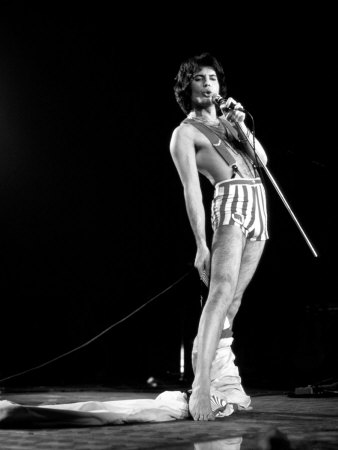 “Oh, I was not made for heaven. No, I don’t want to go to heaven. Hell is much better. Think of all the interesting people you’re going to meet down there!”

“I always knew I was a star, and now the rest of the world seems to agree with me.”

“Does it mean this, does it mean that, that’s all anybody wants to know. I’d say what any decent poet would say if anyone dared ask him to analyse his work: if you see it, darling, then it’s there!” 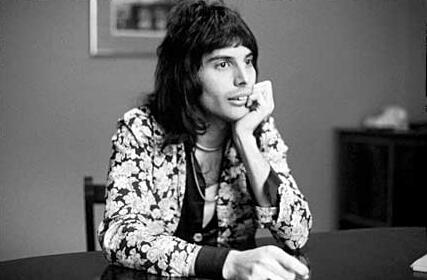 “The reason we’re successful, darling? My overall charisma, of course”

“I dress to kill, but tastefully.”

“When I’m dead, I want to be remembered as a musician of some worth and substance.” 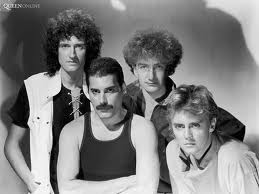 “We’ve gone overboard on every Queen album. But that’s Queen.”

Freddie was a lover of pussies – hehehe

Follow Chronicles of Illusions on WordPress.com
Join 2,268 other followers